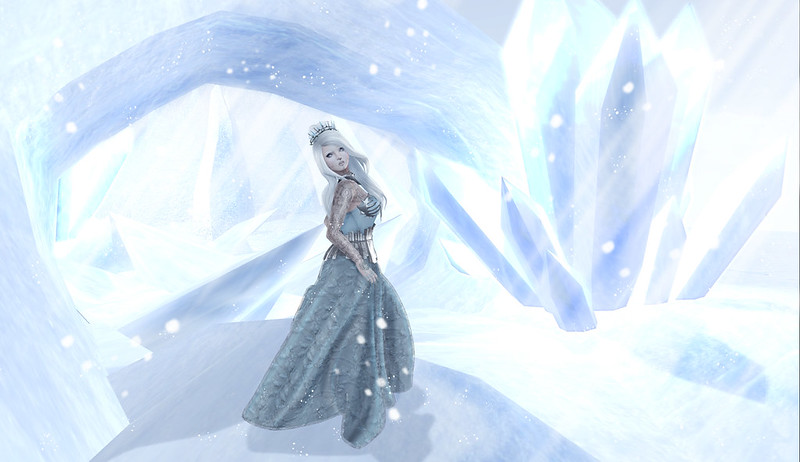 Ohayoooo lovelys,
a new month just started today and even if winter is almost over, i have a frozen styling for you today.
I got this awesome new gown from wimey for the anniversary round of Oneword (sarts today March 1st) yesterday and i instantly fell in love with it.
So i began to put an outfit together i found this pretty new crown from CerberusXing in my inventory that will be release on the next We ❤ RP (starts March 6th) round and combined it with one of the new hair styles that RunAway released for the Whore Couture 4 that just stated today too. (starts March 1st) and i instantly feel like a snow princess. *~*
When i finished my picture for todays post i just felt like this would be awesome for my blog theme to so that i decided to use it o/ and i really…