It’s been a while since I participated in one of Berry‘s Monday Memes; so when I saw the idea for this weeks, I was super amused! 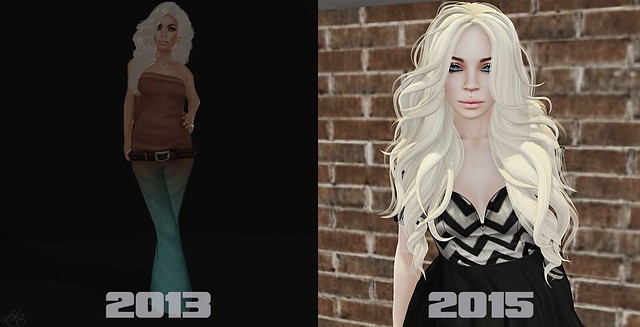 Meme instructions: Share a side by side comparison of your first blog picture beside a recent picture of your avatar. Don’t forget to share the link to your image in the comments and add your pictures to the Blog Memes flickr group.

So, the image I used isn’t ~technically~ my first post, it’s the second :p but my first post was an awkward side shot where I was trying to be fancy and the content was introductory. I chose the second post as this is where I really began my blogging journey!

As you can probably see, a number of improvements have occurred over my two years of blogging, the biggest being two upgrades of computers and actually having a decent…