Lost in my Imagination

MadPea has a gatcha out at the  6° Republic , Its theme is Hoodlums’ Hideout , It has a Poker Table and chairs which is a Rare  (shown in the background) A ceiling lamp, Violin cases in brown and black (brown is shown), Brass knuckles (gotta take out the intruders ya know? ) A console table (shown in the back) With a Brass Gramophone and Safe. I used the Hat rack and Bottle of what I assume is some sort of whiskey. A glass that has drink in it and an empty one, Oh and the Ashtray..

Also last but not least The Hideout itself which is a sky box that has some really interesting features.. There is a switch on the wall that can control sounds and how often you want the train to come by the windows.. Yes I said Train.. There is a train that goes by… 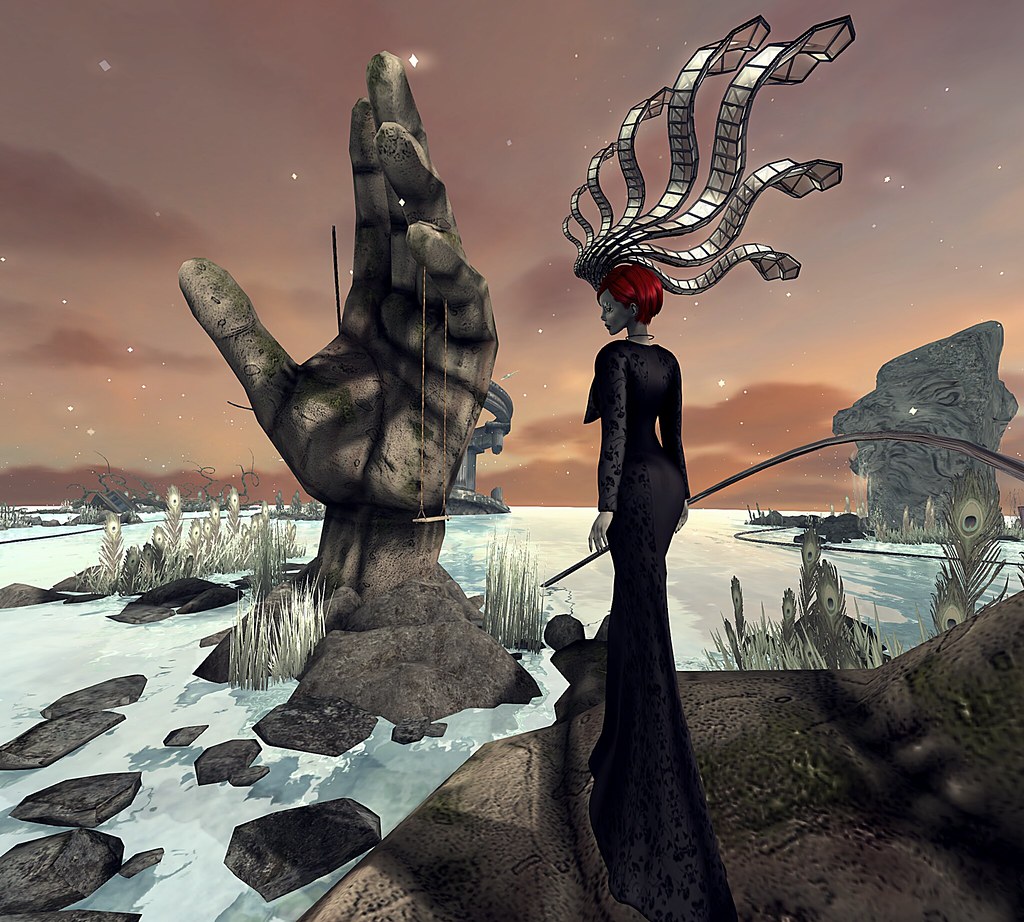 THE BLACK WIDOW
Short story and hat by Noke Yuitza

New Orleans, 1927, the day before the Great Flood.

The solo notes of a lazy trumpet announced the marching. The people opened their umbrellas and started to walk while the band was adding color to the song. The funeral procession had begun, with the young grieving widow close to her husband’s coffin.

Detective DeForest was smoking a cigarette while was watching the show going on from the other side of the road with his partner.

“Do you believe she killed the banker?”, he asked. “There’s no evidence of that”, Deforest said. “But… come on… isn’t that her third husband died in mysterious circumstances?”, said the police officer. The widow turned her head and looked at him with those black eyes so intense that seemed to strip his soul. “Maybe some day, Sam… maybe some day…” 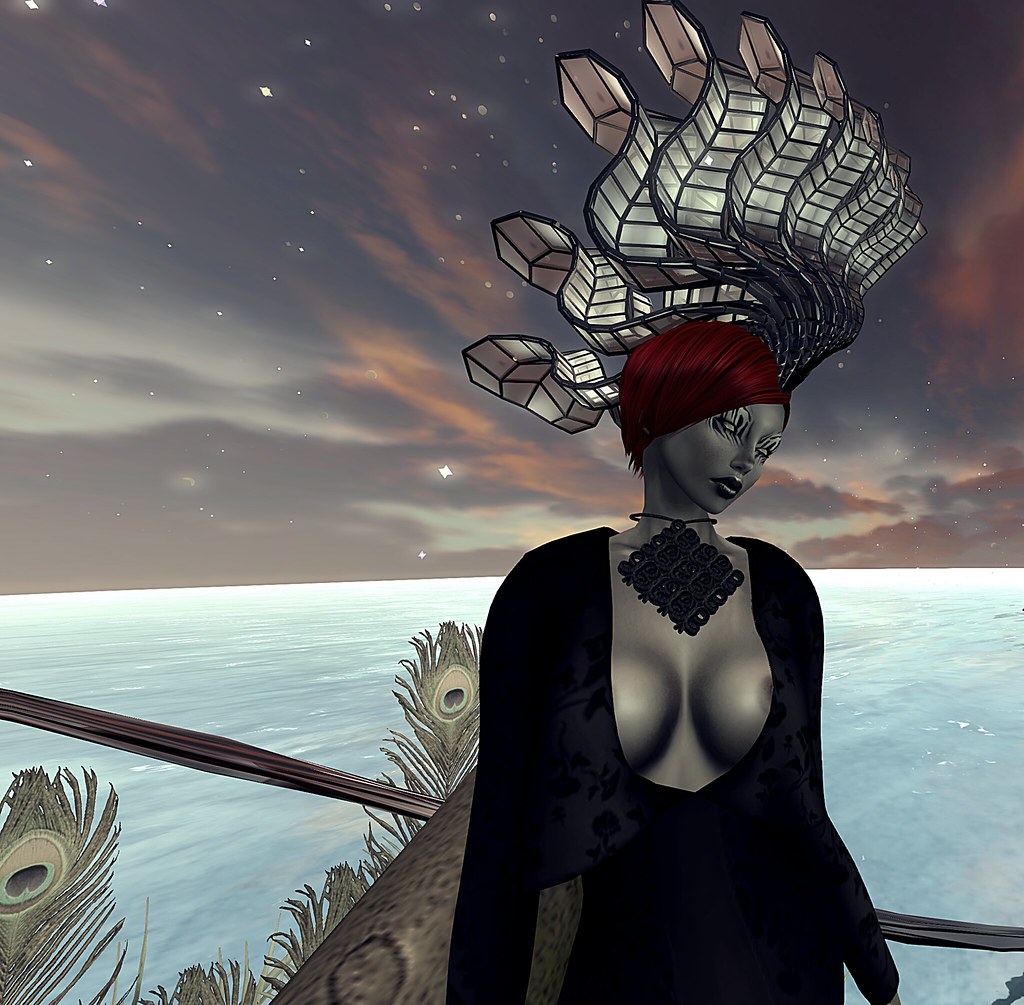 I Will Fear no Evil

Emo-tions new release for the november round of “We ❤ Roleplay!” (until Nov 29)

I’ve got tons new in this post including the beautiful dress from Blueberry. I applied to blog for her, but was turned down. However, she was very nice (and very smart) to give all applicants an exclusive version of a this recent release. Take a lesson designers! Very pretty and tons of colors in the hud. Plus, there is a panties hud, if you want to wear them.

Be sure to check out the bargains – 49L sale for the necklace, 50L sale for the boots, and the nail polish is a freebie! Slurls below!  Click here for shopping list:  Perv My Style

I swear MY RL has been really really busy lately.  A week ago I told you all I did my Civic Duty and served Jury Duty.  This week it was my RL Birthday, Happy Birth day to Me!  My husband took my on a little 3-Day getaway to Montauk New York.  Go ahead Google it, you will see it’s the most Eastern part of New York and Totally surrounded my Water.  During the Summer it’s a very happening place. This time of year it’s peaceful, quiet, the perfect recharge place.  It was wonderful!

I am back and should be around for the rest of the Year.  I hope to get back on track with Blogging regularly.  Today’s Post consists of a bunch of Designers from The Designer Circle.  The current round of Designer Circle is #117 and right now it’s the half-way mark, so one mark week left to this Round.  I have a new release by Poison Ivy Hair Salon, actually the Hair Style Lilliana is wearing from Poison Ivy Today was originally an Exclusive from the Mad Circus Event.  That Event is closed and the Exclusive Hair should be making it to the Main Store Soon!

Lilliana is wearing WoW Skins Exclusive from the PIXRA Event.  I don’t know too much about this Event yet.  I do know it’s new and seems to be a Weekly Event.  I have a Freebie Group Gift found at Designer Showcase, plus another Group Gift with a Fee Join.  Below is a closer look at what Lilliana is wearing. Check it Out! Original Blog Post and Credits found .:HERE:.